The Town Board adopted the Town’s first economic development strategy in December 2014 and made the recruitment of new in-fill mixed-use development one of its major objectives. Since then the Town has been aggressively pursuing new development and rehabilitation projects to create economic opportunity throughout its downtown.

The Town has assembled a 3.5 acre site located in the downtown Fuquay District along Main Street & E. Academy Street. The site is currently zoned "Downtown Center 1 (DC-1) Conditional Zoning District" by the Town's Land Development Ordinance. The Downtown Center District was designed to be the downtown primary retail district for the downtown. This downtown zoning was created to encourage concentrated, pedestrian-oriented retail, service, office and residential mixed-uses.

In March 2015, the Town's Economic Development Department hired UNC School of Government, Development Finance Initiative (DFI) staff to assist the Town in exploring market research and an assessment of its downtown that can be used to leverage new infill mixed-use development that promotes a walk-able and livable downtown. Please Click HERE to review the market analysis. Since the end of 2015, the Town has been meeting with downtown stakeholders, business merchants and members of the entire community to solicit the community’s input on future downtown developments. Fuquay-Varina citizens have had an opportunity to offer input and ideas as to what the future of downtown Fuquay-Varina should look like and how to maximize its potential through public and private investment.

Throughout most of 2016 & 2017, the Town analyzed downtown properties and negotiated with property owners to assemble a downtown site suitable to create new infill mixed-use development opportunities. In 2016, the Town identify and assembled a 3.5 acre site consisting of four different property owners and 10 parcels that are well-poised to accommodate and leverage a new private sector mixed-use development project. The 3.5 acre project site is located on the corner of Main & E Academy Streets in the Fuquay District. In March 2016, JDavis Architects (Raleigh, NC) was hired by the Town to provide provide conceptual development scenarios that take into consideration the surrounding project area (adjacent streets, proximate buildings, and downtown context), resulting in a schematic design that preserves and enhances Fuquay-Varina’s downtown character. Once a final design scheme is approved by the Town Board, the Town with assistance from DFI will solicit an appropriate development partner(s) to execute a final detailed site/building plan for the project site. In June 2017, the Town Board will issue a Request for Developers to partner with the Town developing the mixed-use project.
For additional downtown mixed-use development project information please contact Alyssa Byrd, Economic Development Director at abyrd@fuquay-varina.org or call 919.753.1031. 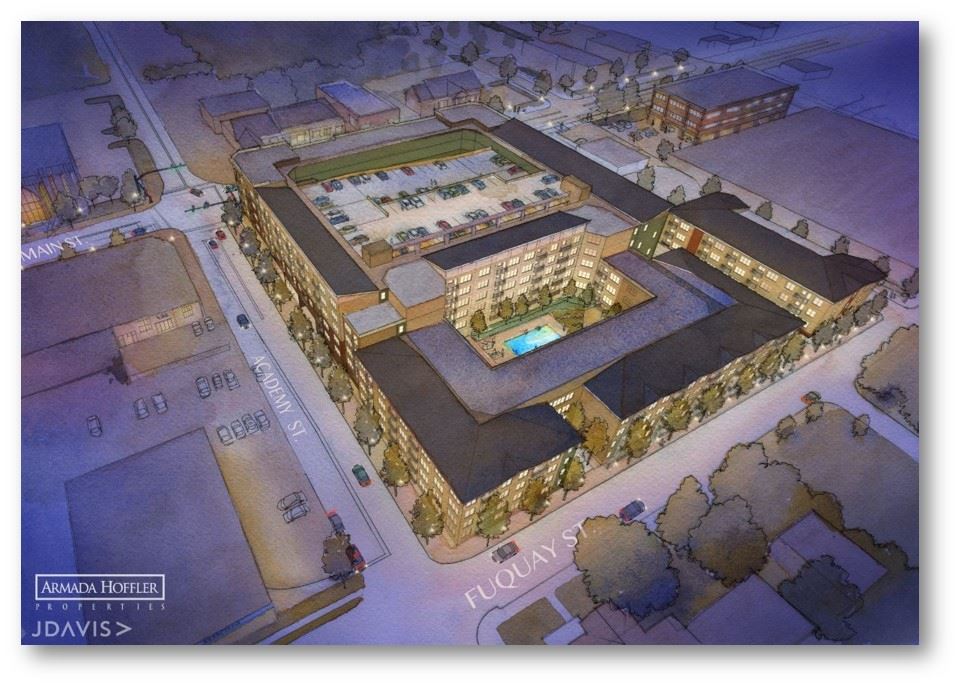 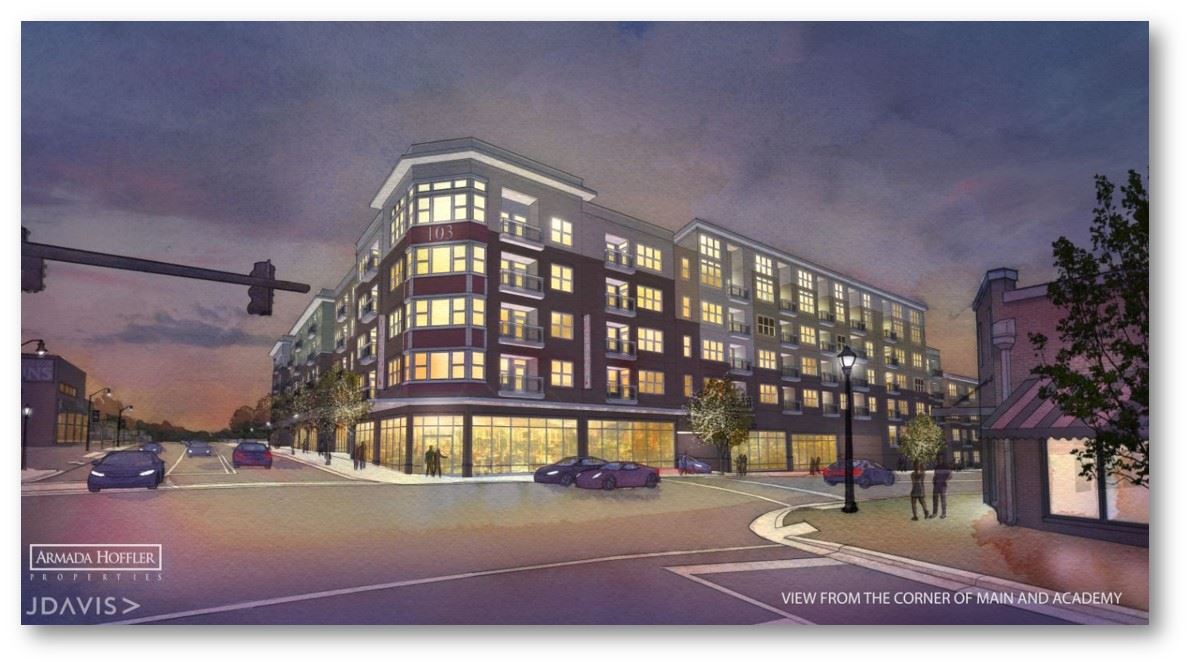